I grew up in the ‘80’s and ‘90’s and like so many others I know I’ve spent countless hours enjoying the pool with family and friends, learning how to skate and going on class trips at the arena at the Wayne Gretzky Sports Centre or as we used to call it, The Gretzky Centre.

Since it is one of the most impressive and impactive buildings in the city I thought it warranted a little attention on the ole blog. So I started to look into the history of this vast, complex, income generating building and I learned a few interesting facts that I didn’t know about the history of this great sports hub.

1967 -The building began construction in and opened to the public in 1972 and was originally named the North Park Recreation Centre, who knew! 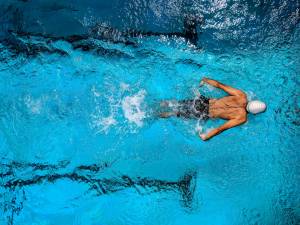 1974 — The Brant Aquatic Centre, as it was then known, opens to the public for the first time, adding a 65-metre pool and diving facility to the existing North Park Recreation Centre.

1982 — The North Park Recreation Centre is renamed the Wayne Gretzky Sports Centre, with a nod to a long list of accomplishments from that year including the 50 goals in 50 games record (actually done in 39 games), most goals in a season and becoming the only NHL player in history to break the 200-point mark. In that year, Gretzky was also the first Canadian named Associated Press Male Athlete of the Year, Sportsman of the Year (Sports Illustrated) and Canadian Press’ Newsmaker of the Year.

1990 — A slide is added to the 65-metre pool facility, along with a “control room” later used as a first aid room and lifeguard office. It’s part of a $2-million renovation that also added change rooms and the Sports Hall of Recognition to the site.

1997 — Arena Corp. builds a $4-million Ice Park arena adjacent to the sports centre, leasing the land from the city for a period of 50 years.

Dec. 11, 2007 — Council approves a $37-million overhaul of the Wayne Gretzky Sports Centre as its No. 1 parks and recreation project. The plan would replace three arenas with a four-pad arena complex and adding more parking. 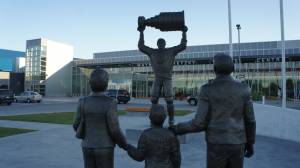 Nov. 14, 2012 — The centre hosts its first large sporting event, the Masters Grand Slam of Curling, featuring the top 18 teams of the sport.

June 25, 2013 — The new eight-lane, 25-metre pool along with the new warm-water therapy pool opens to the public for the first time. This brings a formal end to the third phase of reconstruction.

Sept. 29, 2013 — The reconstructed and expanded sports centre is officially opened by the City of Brantford, with the attendance and participation of Wayne Gretzky and his father Walter.

These are just the most interesting facts, I cut out a lot of crap there. Boy do I remember that slide being built in 1990. I was 6 years old and that was the coolest thing around! But most interestingly the original budget for the recent upgrade went from $37 million to an eye popping $63.7 million!!!!

The Wayne Gretzky Sports Centre has put us on the map for the capital of hockey tournaments in Ontario. It offers an endless list of activities from swim lessons, weight training and yoga to day camps for kids and so, so much more. Many, many a Brantford resident has enjoyed countless hours of fun at this facility.

Enjoy this link to the grand re-opening if you missed it. 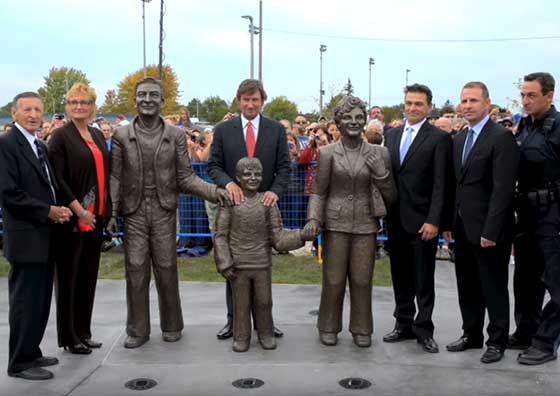