I’m very excited for this series of the blog, For the next 10 weeks we will be taking an in depth look at each and every one of our team members on the Munir Group. We are digging deep down to learn more about every piece of the puzzle that makes up our team.

This week we are beginning with “the heart of the office,” Miss Jennifer Elizabeth Lenore Connor. Jen is our very dedicated, resourceful and, friendly Office Manager and has been killing it at our office for 4 years next month.

She’s a country gal at heart, she was born in Woodstock, Ontario on April 2, 1991 to parents Mike and Mary Ann Conner. Her little brother Mike joined the family 7 years later. She grew up in the very small town of Ingersoll. Throughout her younger years her father was a drag racer and the family spent every weekend at the St. Thomas Race Way cheering on her dad. During her teenage years Jen worked at the movie theatre and got her first vehicle, a 1989 Ford Bronco. 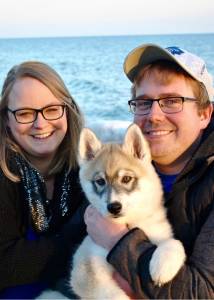 Jen left the nest in 2009 to go to Laurier University in Brantford. There she immersed herself into her studies and student life. Over the next 4 years she kept herself extremely busy. First year she volunteered as a foot patroller to walk people home and make sure they got home safe and she planned events as the VP of Finance on the Brantford Residents Council. Second year she worked at the Laurier bookstore, as a tour guide for prospective students and she helped to plan pub nights on the Hawk team. Third year she took on the admirable job of coordinating over 300 volunteers as well as working at the bookstore and was promoted to Manager tour coordinator. During her fourth and final year Jen acted as Associate VP of Finance and Administration for the student union and worked at the leadership program Leap. Each and every school year she participated in orientation week as a team leader. In 2013 Jen graduated with a general BA in Law and Society and a general BA in Contemporary Studies with a minor in Criminology.

Jen just bought her first home with her boyfriend of 2 and a half years, Will Anstee and they are both very excited to be moving in along with their feisty 10 month old Husky named Moose.

When she isn’t putting in time at the office Jen enjoys reading crime novels, walking her dog, napping and travelling. She loves jewellery, especially diamonds which are her birth stone, dogs, country music, coffee, tea and she has a sweet tooth. She hates the dentist, but who doesn’t, and insects of any kind. Her favourite actress is Audrey Hepburn. When she wins the lottery she plans to open a drive in, a puppy rescue and to pay off her OSAP debt, in that exact order.

Jen is a born leader, she is happy, friendly, a very positive person and we are very fortunate and grateful to have her keeping our office glued together and running smoothly. 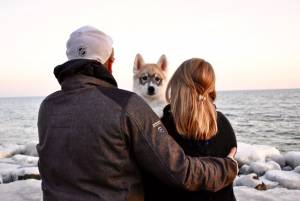