If you're searching online for "Brant County Things To Do," you won't be disappointed. Some of the top things to do in the area are visiting the many local Brant County Historic Sites.

You might already be aware that there are so many historic sites in Brant County, but rather than trying to discover them on your own, we've compiled our top choices for you here.

So let us get into The Munir Group Brant County Real Estate Office's top choices for Brant County Historic Sites to visit.

The journey of exploring Historic Sites in Brant County should always begin with Bell Homestead National Historic Site because the entire world can now relate to it. This is the site where Alexander Graham Bell invented the first electric telephone in July 1874.

Many North Americans claim that the telephone was invented in their city or area. Still, Bell confirmed multiple times that the device was invented in his father's Homestead in Brantford, Ontario. The local government converted this home to a museum to showcase the history of this fantastic invention.

The Henderson-Home building, the first telephone company business office of Canada, was also added to the Homestead in 1969. It's also used as a museum to showcase the development phases of telephone technology. 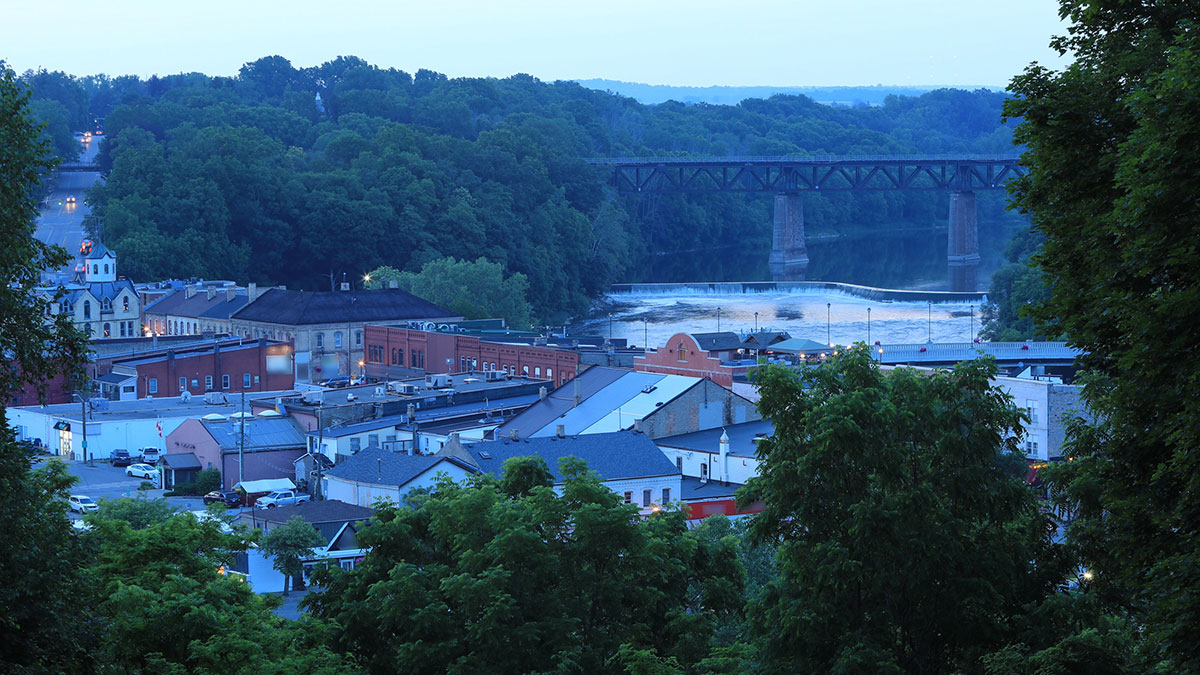 On June 1, 1996, Bell Homestead was officially given the status of a National Historic Site. On June 22, 2009, it was listed on the National Register of Historic Places. Bell Homestead has remained under the provision of different authorities at different times. However, the City of Brantford's Parks and Recreation Department is now responsible for its management and maintenance.

The administration offers Adult group talks, Day camps, Family Drop-in activities, and Educational trips for tourists. The tourists can visit this historic site from Tuesday to Sunday, 9:30 a.m. to 4:30 p.m. However, the administration can change the visiting hours at any time without notice.

Also, the museum remains closed daily from 12:00 p.m. to 1:00 p.m. So, you need to plan your trip accordingly. The adults would also be charged $8 for visiting this site while the kids can enter the site for free.

We recommend visiting this site as it gives an overview of how the new era of communication started.

Malcolm's Mills is also a place of great historical value in Brant County because the last battle of the War of 1812 took place in this area. Duncan McArthur, American Brigadier General fount a series of battles along with his troops to weaken the British forces. This battle was also a part of that series.

Duncan was trying to break the supply chain of British forces by devastating the Grand River settlements. Duncan was advancing with 700 troops when they encountered 550 Canadian Militia on November 6, 1814. The Canadian militia occupied a strong position on high ground. But the American forces surprisingly drove them from the field. They took control of the major source of Flour while destroying the local mills and stores of grain.

The reason was this area of land has more historical value si that the last land battle of the War of 1812 was fought here.

Adelaide Hunter Hoodless Homestead is an excellent example of women empowerment. Adelaide Hunter was a social reformer and an outspoken educator who was dedicated to releasing women's full potential for social action. She was also the co-founder of the Women's Institute.

She was initially living a common woman's life, but she appeared as a public figure when her fourth child died at the tender age of 14 months. This was the time when she decided to raise the level of education for girls so they may protect their families.

Adelaide Hunter Hoodless Homestead is the place where this strong and brave lady was born. This home was given the status of a historical site in 1995.

In today's world, women have finally been recognized for their strength and the enormous contributions they've made into our growing and hanging world. This is another reason you must visit this historical site if you have the opportunity to learn the details of efforts made by Adelaide Hunter Hoodless, a champion of maternal feminism.

Candian Military Heritage Museum is a great historic site you must explore during your visit to Brant County. This museum shows Canada's Military Heritage from the 17th century to the 1990s. Here you'd get to knowhow Canadians participated in American Revolution. It also shows the history of both World Wars and modern-day conflicts.

The best thing about this historical site is that you can find the replicas of Billy Bishop's Newport 17 airplane and a WW1 trench here. A non-profit organization administers the museum. The adults can get a ticket for $6 while the kids can get access for $2. The administration also provides guided tours to the tourists so they may explore the most essential parts of this museum.

These are some incredible historic sites you must visit in Brant County. And if you have more time, you can consider visiting the Mohawk Chapel and Woodland Cultural Center. Moreover, you can enjoy a unique experience in the Cobblestone houses of Paris that are a perfect manifestation of art.

The History lovers will also appreciate a visit to the Mount Pleasant Historical Walking tour in Brant County. There are so many historic sites in Brant County, no tourist, visitor or resident will find themselves bored.

If you have any questions about the area, don't hesitate to reach out to us here at The Munir Group Brant County. We'd be more than happy to answer any questions you have.